Posted on 8th December 2017 at 11:53
The research teams who created the latest series of Who Do You Think You Are? have excelled themselves to produce their best one yet.
They have tapped into lesser-known archives and enlisted the help of experts with a very specific knowledge-base to reveal some very personal and emotional information to the various celebrities.
They ended the series with real style by helping Ruby Wax come to terms with her family’s history of mental illness. 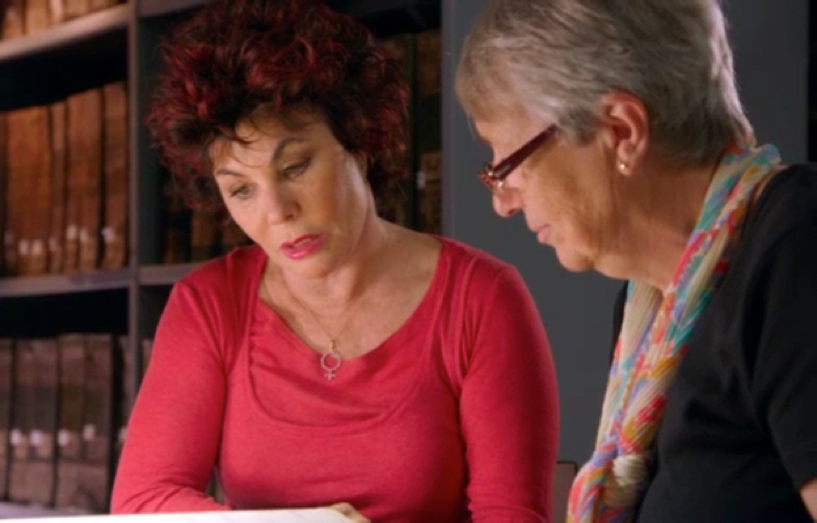 In a shocking twist, archivist Dr Lenka Matusikova revealed that Ruby’s great grandmother, Berta, was also admitted to a psychiatric hospital. (Picture credit: WDYTYAMagazine.com)
As an only child, Ruby bore the brunt of her parent’s turbulent marriage and her mother’s so-called madness.
Ruby’s Jewish parents fled Vienna and escaped Nazi persecution just before the Second World War and they never talked about their past so Ruby never understood the cause of the turbulence in their lives.
Ruby discovered that her mother suffered from a very similar condition to her great aunt and great grandmother who were both committed to an asylum. Ruby adopted the word “agitated” to describe her ancestors’ condition and prescribed her own mental illness as being “agitated” which strengthened her connection to these women who she so admires.
She visited the asylum in the Czech Republic where her great grandmother and great aunt lived and felt a sense of peace there.
She ended the programme by reflecting: “I could’ve saved myself a lot of time and money. Rather than doing therapy, I should’ve been doing genealogy! Now, knowing my ancestors, I understand a lot more about myself.”
Click on the links below to read more about this story:
Daily Telegraph article
Guardian article
Daily Mail article
If you enjoyed this blog and it has inspired you to find out more about your family, click here to take the next step.
Tagged as: Ruby Wax, Mental Illness, Who Do You Think You Are
Share this post: